Wil S. Hylton, author of Vanished: The Sixty-Year Search for the Missing Men of World War II and New York Times Magazine features reporter, is a master of using only the essential prose for conveying the most meaning. Each word Hylton chooses is deliberate and each sentence achieves James Baldwin’s “clean as a bone” standard. It’s all part of his belief that a writer’s thinking needs to be crystalline on the page. But what does he mean by crystalline? In a word, precise.

So, how is Hylton’s writing illustrative of precision? Let’s take a look at an example from his 2017 New York Times article, Down the Breitbart Hole:

Alex has been the editor of Breitbart for about four years. In 2008, he was the first employee hired by its founder Andrew Breitbart, and he began to lead the editorial staff when Breitbart died in 2012, although it would be another year and change before he claimed the title editor in 2013. However you cut it, that puts Alex in charge of Breitbart long before last year’s election, responsible for the daily decisions about what to cover and how.

The sentences and overall paragraph are simple and straightforward. No matter how much you try to edit, there is little to whittle down. In 80 words Hylton’s authorial intention is clear and elegant—this is who Alex is, this is who hired him, this is when he became Breitbart’s editor, and this is what he does as the editor (he’s in charge of what’s published). The paragraph sets the stakes for the readers and for Alex as the character of a greater story. If you read the whole article (I recommend you do), you’ll see that each sentence and paragraph is like this.

Now, take a moment for introspection about your own writing. Can you say that your writing is clear and elegant? It’s not a challenge for you to compare yourself to Hylton or any other writer. It’s me asking you to really consider whether your writing is edited as far as it can be while carrying a story arc that progresses your story to a definitive conclusion?

Let’s take a step back even further. Ask yourself whether you believe writing like this should even be your goal? After all, Hylton is a reporter. Doesn’t this type of crisp prose sacrifice too much detail? These are fair questions about the craft, so, let’s discuss.

Life is a messy-cum-convoluted enterprise, with stories and people as unique as the strands of DNA for which they are comprised. For the nonfiction writer, this is part of the art of writing. Nonfiction writers must tease apart those DNA strands and cohesively structure them in such a way that manifestly tells a story. That means separating thoughts, events, and dialogue from the context of reality and then finding conflict(s) around which to focus those elements. Everything must then be structured in a way that tells a story.

Think of structuring a story as cleaning up after a tornado. You have to survey the wreckage and then put some of the pieces together in a way that tells a small part of what happened. There are plenty of articles written on how to structure stories, so I won’t detail structuring nuances here. I mention this because story structure must first be established before moving on to the keyhole focus of this article—linguistic structure.

But crafting sentences and paragraphs with precision is not easy. Writers must willingly check their egos for clarity’s sake. This can be a tall order for writers wanting to show how much they know or who are afraid of leaving a detail out that would make the reader consider them somehow “less than” (this can also come across as wanting to appear smart for the reader). This point reverts back to our original question of whether crisp prose, like Hylton’s, sacrifices too much detail?

To decide, begin by evaluating your details’ value. Do they benefit the story and the reader? If not, cull. Precise language should also reduce word count and sharpen meaning. Thus, cull non-value-added verbiage (i.e., use “to” instead of “in order to” or change “Evaluating the value of the details you’ve chosen to include is a good place to start” to “Begin by evaluating your details’ value”).

Below, is a more robust before/after example of precision writing:

Just by culling about 30 words, there is a subtle, but noticeable difference. Do you see it? Precision editing removed nonconstructive details, but preserved meaning and brought the article’s opening into sharp focus.

Remember, that too much language dulls the story and increases the likelihood of a reader becoming lost. Did it really matter what time Davis texted me? Was the text’s exact language necessary? Did I need to show that I can ably use the Em Dash? In this case, no, no, and no.

Writing for precision is not natural. We think one way, write another, and speak another. But readers only read one way—forward. You owe it to them to keep your thoughts clear, your writing well-structured, and your language as crisp as possible. Your work exists for their benefit more so than your own (or, it should). While the process of developing clean, unambiguous writing is somewhat subjective, it’s not so subjective that needless details and words cannot be eliminated. It’s easy to write a long story, but the same is not true for how a “good” story is assessed.

Remember French mathematician and philosopher Blaise Pascal’s thoughts on the subject from Lettres Provinciales (1657), “I have made this longer than usual because I have not had time to make it shorter.” 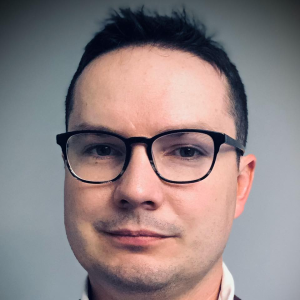 No comments to show.

The Ingrained Humanity of a Psychoanalytic Literary Critique